With its first DLC being released later this week, I thought it was probably a good time to take a look back at one of my favourite games so far from the past 12 months: The Outer Worlds.

You are the Unplanned Variable; a settler aboard the colonist spaceship The Hope, carrying some of Earth’s brightest minds towards the Halcyon system. But the ship never arrives, and for 70 years you remain lost in cryogenic sleep. The game begins as you’re defrosted by a scientist who needs your help to revive the rest of the Hope’s passengers, and ultimately save Halcyon from destruction by corporate stranglehold.

The most succinct way to describe this single-player RPG is Firefly meets Fallout. If you’ve ever wanted to be a gun-slinging space captain navigating their way through a space western, and enjoy (I-Can’t-Believe-It’s-Not-)Bethesda gameplay mechanics, then this game is absolutely for you. It’s a morally grey capitalist dystopia where everyone has personality faults and no decision has a clearly right or wrong solution. As the saying goes “It’s not the best choice, it’s Spacer’s Choice”.

At around 25 hours, the main story line is quite short. But what the game lacks in length, it makes up in breadth. With different playstyles to build into, multiple factions to support, and alliances to make or break, this game is highly replayable. I recommend playing a low intelligence captain at least once for some of the hilarious dialogue options and NPC reactions, as well as the two unique endings tied to it. There’s also a lot of potential for more expansion in the future, with other planets and systems mentioned throughout the game. 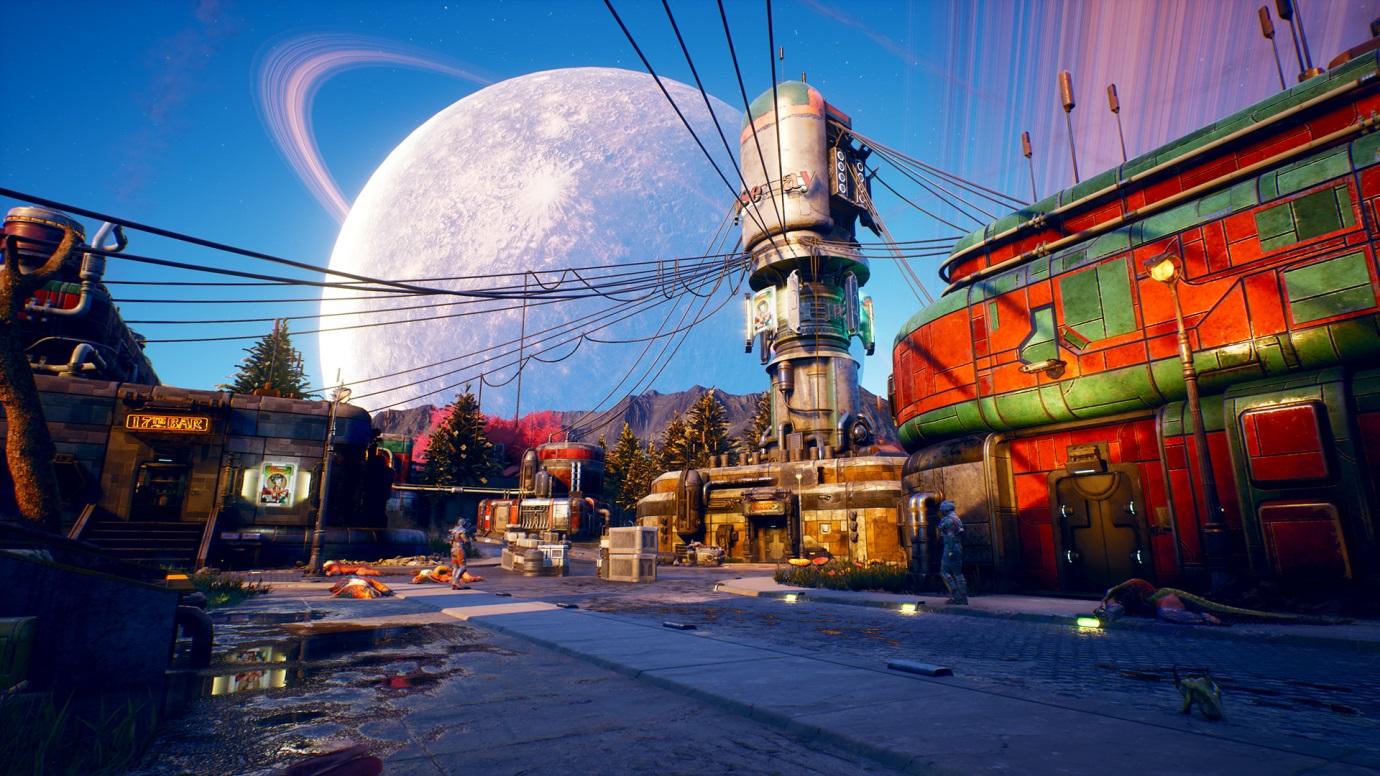 The writing is an absolute highlight of this game. The NPCs and companions all feel unique and believable with individual motivations and backstories, like characters rather than caricatures. The spontaneous snippets of banter they have between each other adds to this. Even the ones I didn’t *personally* like, I could still appreciate that they were written exactly like someone who would get on my nerves in real life. Honourable mention needs to be made to Parvati, the first companion you pick up and universal fan favourite, voiced by the wonderful Ashly Burch. Possibly the only genuinely good person in all of Halcyon, in every popularity poll I’ve seen she accumulates more votes than all the other companions combined twice over. What’s particularly remarkable about this is that Parvati is an asexual sapphic woman of colour; a fantastic example of inclusive representation being incorporated into a game and being widely accepted by the audience.

The environments are so very visually interesting. I have a weak spot for space vistas and these ones are definitely cool. A great deal of thought seems to have been given to the conceptual mish-mash of alien landscapes fighting against earth-esque terra-forming. In more urbanised areas, the shallow promises of capitalism are further emphasised with bright logos and branding contrasted against shoddy-looking prefab furnishings that don’t even have real windows.

I found the combat slightly underwhelming on my first playthrough on Normal mode. The only time I died was when I misjudged a jump and had to listen to my companions cry out in dismay as I foolishly plummeted to my death. If you’re used to first-person shooters I’d recommend bumping it up to Hard. On the other hand, if killing marauders isn’t your thing there’s also a story mode available that minimises combat.

The Outer Worlds has improved upon a number of features and faults that irked players in previous games from similar franchises. Mini games to pick locks and hack terminals? Gone – it’s just a straight up skill check. Companions blocking your path? Nope, you can walk right through them. Clipping with the environment? Haven’t had it happen yet. Accidentally killing someone and locking yourself out of a quest? Nope, they’ve thought about that too, you homicidal maniac. Surely there must be some bugs? Only ones I’ve encountered are the giant ones you need to exterminate on Monarch. I’m not naïve enough to think any game would be technically perfect, but I am impressed that I haven’t encountered anything yet.

I’ve thoroughly enjoyed saving (and dooming) Halcyon multiple times, and I’m ready for my next adventure!

The Outer Worlds is available on PS4, Xbox One, Switch, and PC
Peril on Gorgon releases on September 9th